This order contains the even-toed ungulates, i.e. herbivores with two or four toes.


When Singapore was developed, the Wild Pig population was decimated, even on Pulau Ubin. Recently, there has been an increase in population, likely from Johor, so much so that this species is now listed as common1. Being a prolific breeder and without natural predators, it is likely to come into conflict with human. It can be found at Pulau Ubin, Pulau Tekong, Western Catchment, Central Catchment, Seletar and Changi, as well as the neighbouring wooded areas. 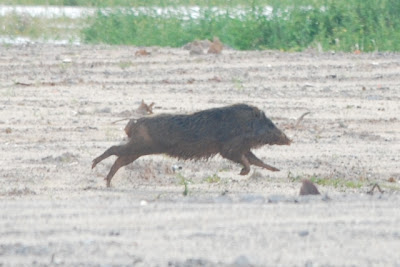 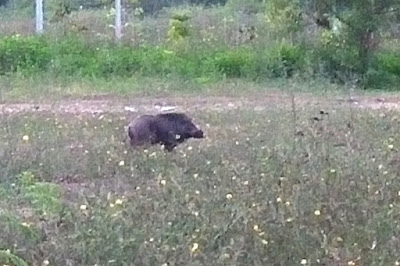 
The Sambar Deer or Sambar was a deer native to Singapore. It was last sighted in the Bukit Timah area in the 1920s2. In the 2000s, they were reintroduced into the Central Catchment area. There are now reportedly 20 of these deer in the wild3. This fact came to light when a sambar was knocked down by a car on SLE on 3 Mar 2010.

The other extinct deer in Singapore is the Indian Muntjac (Muntiacus muntjak). 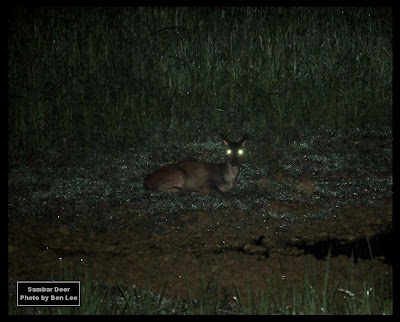 
The Lesser Mousedeer is the smallest of the mousedeer. They can still be found at Bukit Timah and Central Catchment. 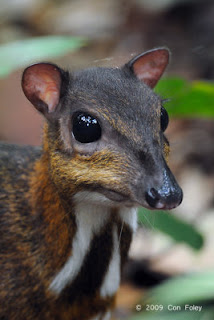 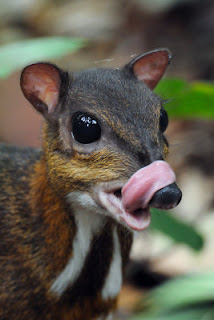 There has been some controversy regarding the identity of the following mousedeer at Lower Peirce4. 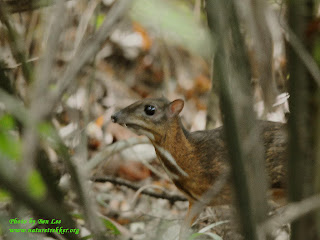 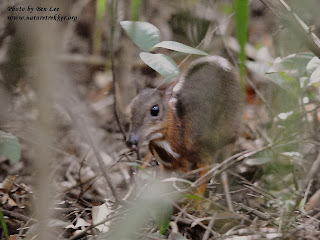 
This order contains the odd-toed ungulates, i.e. herbivores with one or three toes, although tapirs have four toes on their fore feet.

In Singapore, there is 1 species - Malayan Tapir.


This is a distinctive black-and-white mammal. It is a very rare visitor from the Johor forests in Malaysia to Singapore, last seen on Pulau Ubin and Changi6. 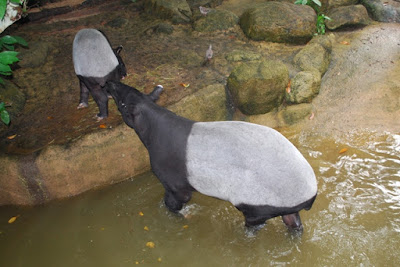 6. Rare sighting of endangered Malayan tapir at Changi
Posted by kh at 12:47 AM