There are 8 species in Singapore. The urban mouse and rats: Asian House Mouse, Norway Rat and Asian House Rat, are common. The rest are rare and found in wooded areas.


Sometimes treated as a subspecies of the House Mouse (Mus musculus). It is common in urban areas and is mainly nocturnal. It is smaller than the urban rats. 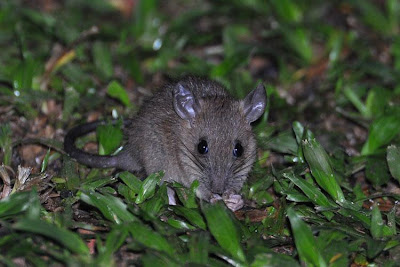 
It is common in urban areas and is mainly nocturnal. It is larger than the Asian House Mouse (Mus castaneus). 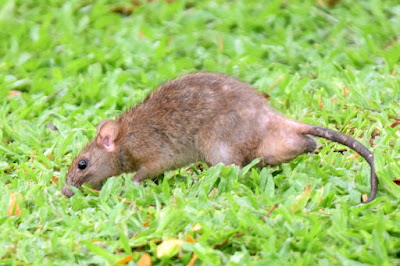 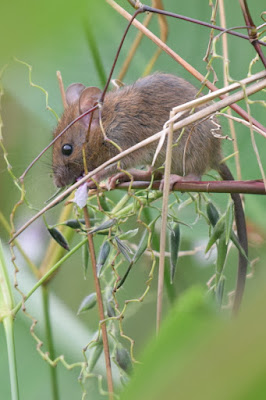 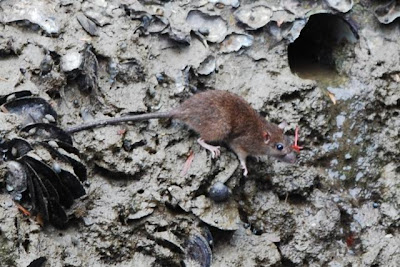 
There are 8 species in Singapore. However, two of them - Cream-coloured Giant Squirrel and Red Giant Flying Squirrel - are likely to be extirpated. The most commonly encountered is the Plantain Squirrel, which is common in parks and gardens. The Slender Squirrel is smaller, but also common. The other squirrel one is likely to see is the Variable Squirrel, which is not native.


The most common squirrel in Singapore. It is brown with a reddish belly and a black-and-white stripe on the sides. It is common in wooded areas. The other squirrel one is likely to encounter is the Slender Squirrel, but this is much smaller and lacks the stripe pattern. 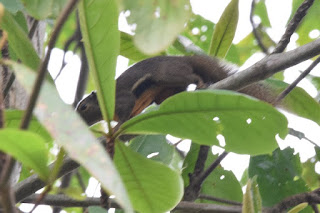 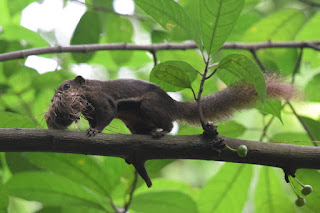 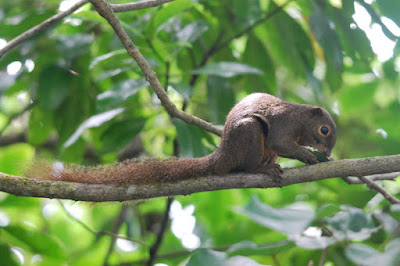 
This medium-sized squirrel is not native to Singapore. It is also known as the Finlayson's Squirrel. It is brown above and white below. It has established a feral population in the Bidadari wooded area. 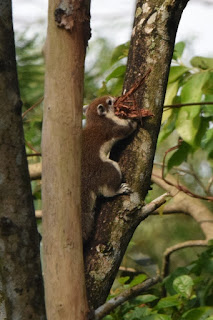 
The smallest squirrel in Singapore. It is brownish all over and is common in forested areas. The other common squirrel one is likely to encounter is the Plantain Squirrel, which is not only much larger but also has stripe pattern on the side of the belly. 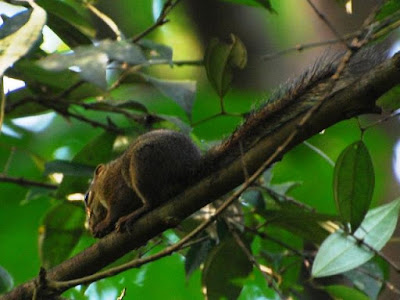 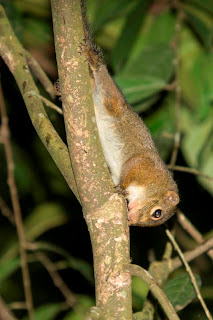 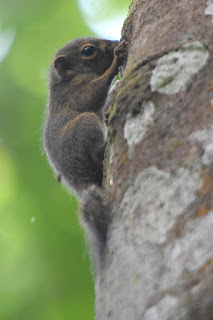 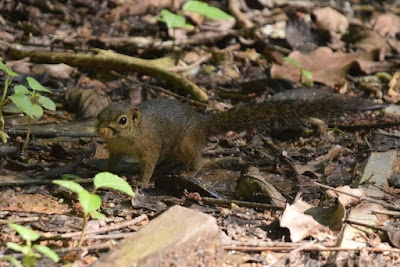 
This was the largest squirrel in Singapore. It is cream-coloured throughout, hence its name. 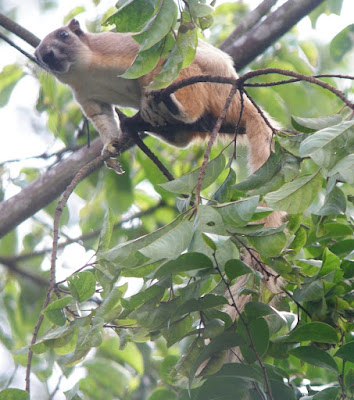 
The Malaysian Porcupine was thought to be extirpated from Singapore until it was rediscovered on Pulau Tekong in a 2005 survey. Subsequently, it was also recorded from Bukit Timah and Central Catchment1. 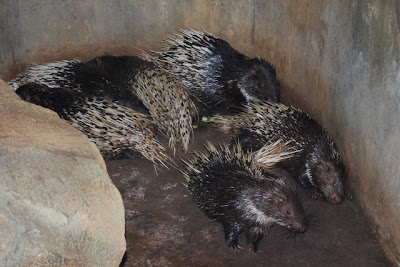 1. An interim update on the comprehensive survey of Bukit Timah Nature Reserve
Posted by kh at 2:35 AM